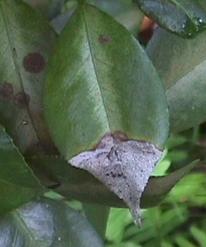 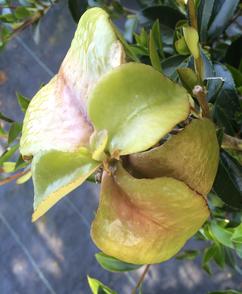 How to plant and care for your Camellia

Camellia Japonica and Camellia Sasanquas are both Camellias, but with different qualities.  Japonica’s are what most people think of when they think Camellia, with the large flower that blooms in winter and early spring whereas Sasanqua’s have smaller flowers and bloom in the fall.  The differences do not end there though.  Japonica’s also require some shade, they can handle the morning sun but not direct sun all day.  Sasanquas can take more sun, some even direct sun all day.

The difference between Camellia Japonica and Camellia Sasanqua

Tea scale is a common and damaging form of insect that infects camellias.  It infects the undersides of the leaves only.  Tea scale appears white with dark brown spots and causes yellowish splotches on the top of the leaves.  Sometimes it can cause the loss of foliage.  To help control it, pesticidal oil should be sprayed on the entire plant at the first sight of scale.

Often camellias will form numerous buds on one branch instead of them being distributed more evenly.  Disbudding some of the excess buds will accomplish two things; it allows the plant to focus its energy on fewer flowers and helps regulate the position of blooms so each can open unhindered.  To disbud some of the excess buds, simply pinch them off! 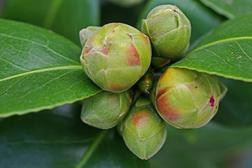 Scab shows up in various ways on plants; it usually appears first as a tiny, water-soaked, and often raised area on the underside of the leaf.  These spots enlarge and may become corky, brown in color, and of irregular size and shape.  Scab is a physiological condition associated with excess moisture from too high to too low.  There is no biological agent associated with this condition and chemical sprays are ineffective.  Improved drainage and growing conditions are the best ways to control the problem.

Both Japonica’s and Sasanqua’s need to be planted in well drained areas, because neither likes a lot of water.  They also need to be planted a little higher than the ground they are being placed in, with an inch or two of the root ball from the pot staying above ground level, and the soil being even with its root ball, not covering it. 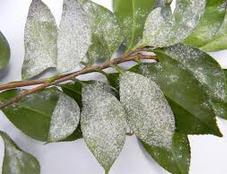 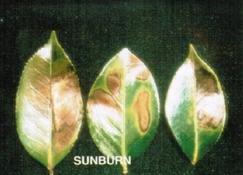 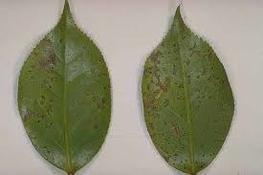 Single- one row of petals, no more than eight with visible stamens.

Sunburned leaves on camellias appear yellowish brown or bronzed on areas of the upper side of leaves. These areas nearly always are interveinal and appear in the center of the leaves. Some varieties are more susceptible than others. To treat it the plant needs more shade.

Anemone- one or more rows of larger outer petals, with a center mass of mingled petaloids and stamens.

Leaf Gall attacks primarily sasanquas. It is observed in spring on new leaves. The leaves become swollen and appear very large and could also be twisted and distorted. Sometimes a white, powdery substance is observed. It does not cause damage to older leaves or branches, and it WILL NOT SPREAD to other plants! Fungicide sprays are not recommended, if ignored the galls will dry up on their own. You can pull or cut them off if you wish. 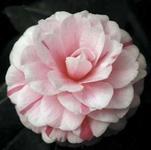 When most people think of camellias they tend to think only of camellia japonica and camellia sasanqua, but in fact there are over 250 known species of the genus camellia.  Camellia is the largest genus in the Theaceae plant family.  The Theaceae family is known as the tea and small plant family.  Some other species of camellias are sinensis, reticulata, vernalis, hiemalis and oleifera.  Camellia sinensis is the tea plant that is used in the production of tea.  Camellia reticulata is known for its extremely large blooms.  Yuletide is an example of camellia vernalis, it is often labeled a sasanqua because it shares many of the same traits.  That is the same case for the camellia hiemalis, the most known of this species are Shi Shi Gashira and Kanjiro, which are often referred to as sasanquas because more people know about sasanquas than the other species.  There are plenty of other species of the genus, and not all are found in the U.S.

Peony- petals may be mixed with petaloids and stamens.  Stamens may be visible or not.

Salt injury occurs when there is too high of a concentration of salts in the soil or irrigation water or heavy fertilizer use with irregular watering.  It is characterized by browning and death of the leaf starting at the ends and working inward.  Salt injury will appear first on older leaves.  To prevent salt injury be sure the camellia is planted in a well drained area.  An occasional heavy irrigation will help wash away excess salts.